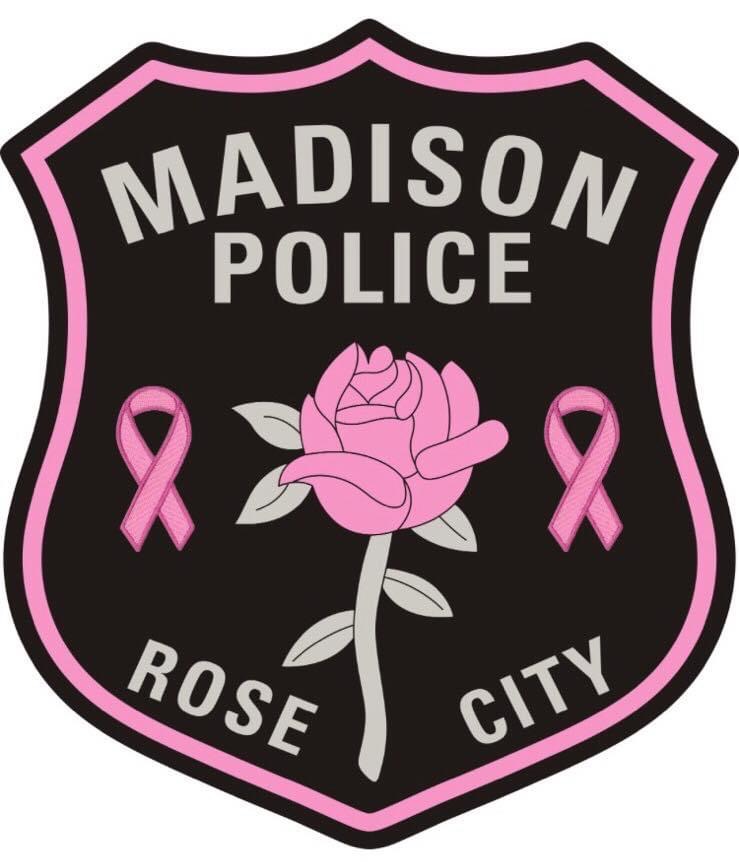 ROSE CITY PINK PATCH PROJECT
2022 is our 7th year the Madison Police Department/PBA No.92 has participated in this program.

4 square miles with a population around 20k, Madison is favored for its location, transportation network including direct access to Manhattan via New Jersey Transit Train and many other community assets.  Madison’s charming historic downtown business, Madison is also home to Drew University, Fairleigh Dickinson University and the College of St. Elizabeth as well as the Shakespeare Theater of New Jersey.

The Madison Police Department was founded in 1890 and is currently comprised of 36 sworn police officers.
The Madison Police Department and PBA Local No. 92 has been supporting and participating in the Rose City Tie One On campaign for several years.  A few years ago then Police Chief, Darren P. Dachisen (now retired) noticed a police department participating in the Pink Patch Program via social media and felt the need to have the officers involved as an organization in supporting awareness of breast cancer.