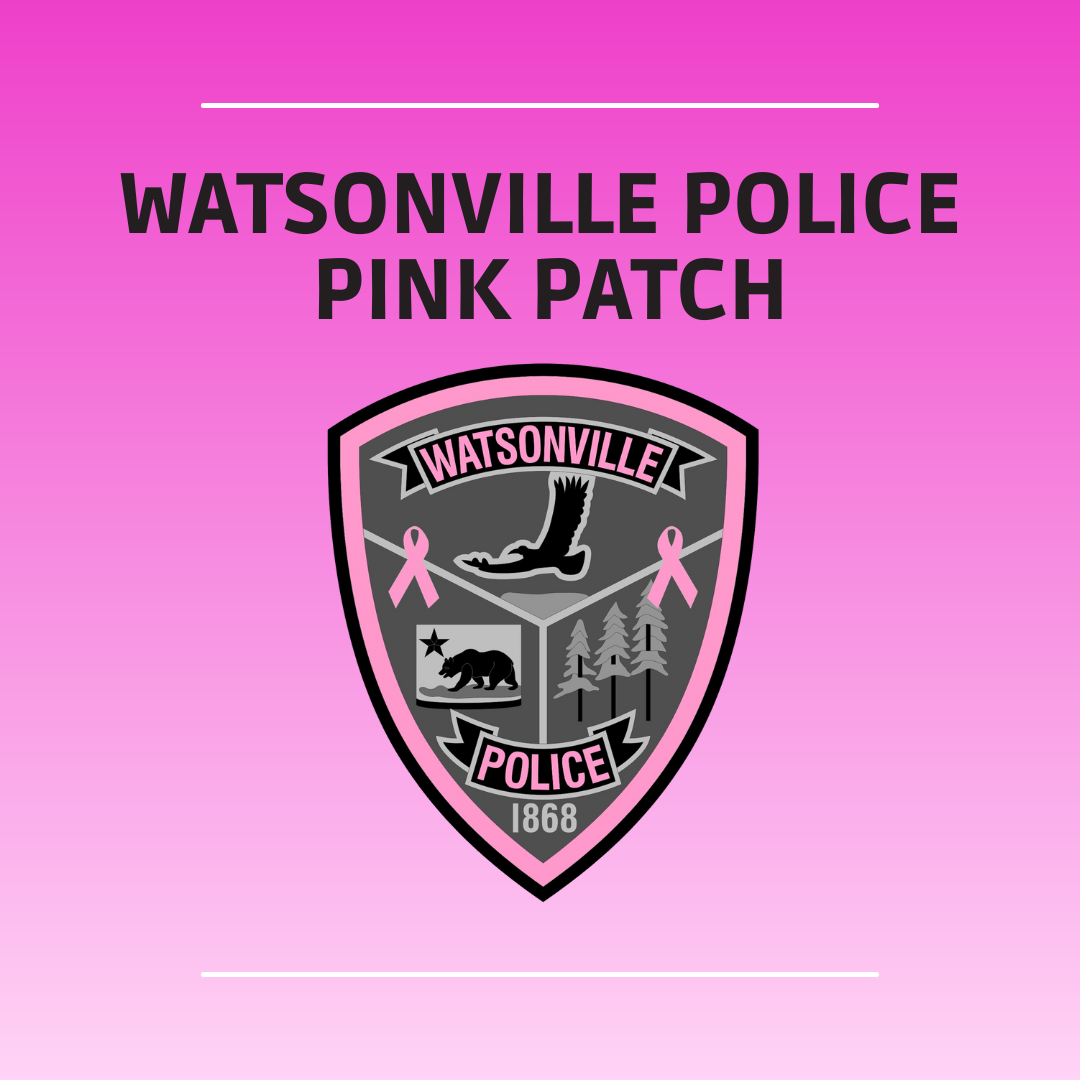 Since 2017, the Watsonville Police Pink Patch Project campaign has raised more than $70,000 for the Katz Cancer Resource Center. All of this is possible thanks to the generosity of community members, organizations, and local business owners who have funded, volunteered, celebrated, and advocated for our Pink Patch Project through the years, especially the Watsonville Police Assistance Fund (WPAF).

The campaign traditionally kicks off in early August and runs through the end of October, which is the official month for breast cancer awareness. Come October, community members will notice many Watsonville Police Officers wearing pink police patches on their uniforms. A pink Watsonville Police cruiser has also been incorporated into the campaign to help raise awareness about breast cancer and the importance of early detection. Chaz Design donates their time and the materials needed to wrap the pink patrol cruiser.