News, events, and stories for the Pink Patch Project 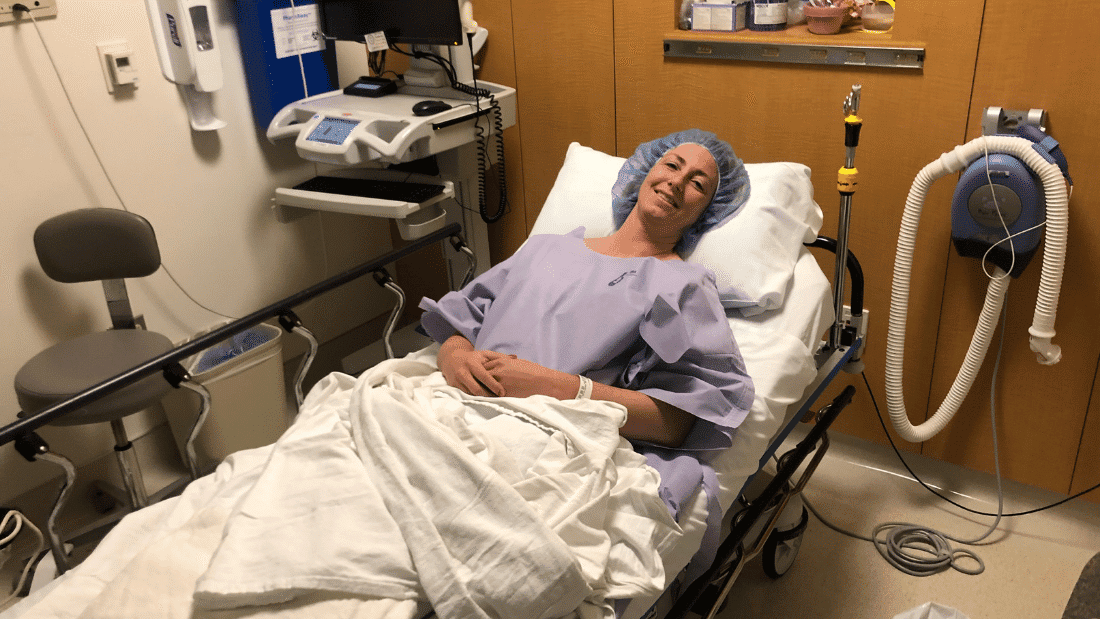 It was February of 2015 when 38-year-old Eden Robertson had felt a marble-sized lump in her left breast. Since her mother was a breast cancer survivor who had instilled the necessity of completing self-checks, she knew she needed to get into the doctor’s office.

he met with her physician, who ordered up a mammogram and ultrasound, but the results did not show the lump was cancer. Eden and her physician agreed to monitor the lump over the next year.

Unfortunately for cancer, a biopsy was completed on July 5, 2016, after the lump had grown. Eden was diagnosed with Stage 2b breast cancer.

Eden made the decision to have both breasts removed during the surgery, so she could have a better chance of never having to repeat this experience. It was a drastic move, but one made with the future in mind. A wife and mother of two young girls meant she needed to do everything in her power to be around for the long run.

Surgery was completed on August 8, 2016. While in the operating room, a team of plastic surgeons followed past the oncologists to begin the initial breast reconstruction work of adding tissue expanders inside Eden’s chest. Every three weeks, doctors would push a saline solution into the expanders, causing the skin to expand for future breast implants.

Eden, who is a police sergeant at the Culver City Police Department in California, returned to work in January of 2017. Life had changed for the better for her and her husband through this experience.

A Plane Ride To Never Forget

Eden’s husband is also a police officer and had to fly to a training course in Alabama that June. While on the plane, he met a fellow police officer, and during their discussion, he learned about the increasingly popular CrossFit workout. Her husband actually did a session at CrossFit Mudtown in Hoover, Alabama. Afterward, he quickly called Eden and told her how amazing the workout was and that she needed to look into it as well.

You see, during Eden’s experience with battling breast cancer, she knew things in her life needed to change. Like so many adults turning 40, Eden realized some of the health and fitness choices she’s made in the past may not have been the best. Because of what she had faced, she was looking for something to give her the best chance of living out a healthy life. Since that phone call from her husband, both of them have been members of CrossFit Tribe in Los Alamitos, California.

Eden’s health and fitness were improving, until during a routine check-up with her oncologist in December of 2018, it was discovered she had metastatic breast cancer. This is when cancer has moved away from the chest area. Her left armpit area had at least 6 cancerous lymph nodes. 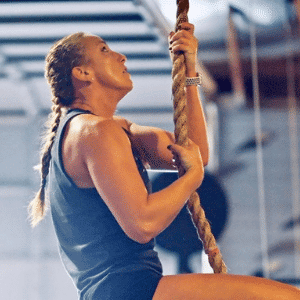 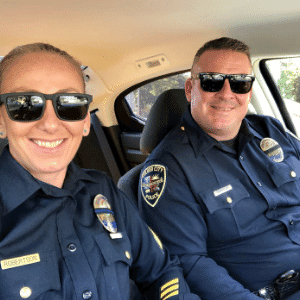 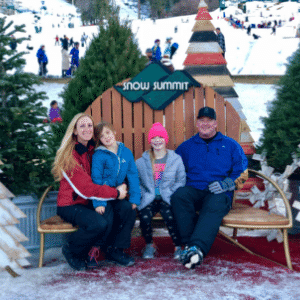 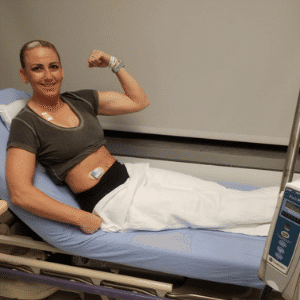 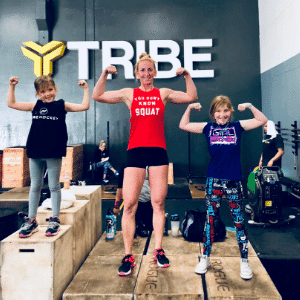 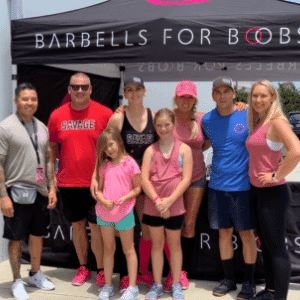 “When faced with your own mortality, you tend to take a good look at your life.”
– Eden Robertson

Round Two In The Breast Cancer Octagon
Eden began 8 rounds of chemotherapy at City of Hope Cancer Treatment Center in Duarte, California. During the chemo, she was given what is commonly known as “The Red Devil” of chemotherapy. This is a highly aggressive cocktail of drugs which have a very taxing effect on the body. Surgery was performed again on May 15, 2019, in which surgeons removed a total of 11 lymph nodes. An order of 28 sessions of radiation was prescribed following the surgery, to be completed Monday through Friday.

No Time For Cancer

Eden decided while going through this process, she was not going to let the chemotherapy, radiation, and surgeries dictate how she lived from day-to-day. “Cancer’s not going to beat me, chemo not going to slow me down, I’m gonna live my life the way I want, and nothing’s going to change it,” said Eden. Eden not only continued to do her CrossFit workouts, but she ended up competing in what is known as “The CrossFit Open.” The open is a period when CrossFitters across the world register to have their scores of various workouts logged to determine where they rank among each other. Not only were her fellow CrossFitters encouraging of her as she competed through the workouts, but they also became inspired by Eden. When you think about it, how can you show up in the gym and not want to workout, when Eden’s doing the workout following her chemo sessions?

Her Pink Patch Is A Medal

Through her experience, Eden has become an advocate and promoter of the Culver City Police Department’s participation in the Pink Patch Project. She literally is the face of breast cancer survival in the law enforcement community, and her pink patches worn on her uniform are more than just a symbol for her department. For her, it’s a medal.

Are you a police officer who has just been diagnosed with breast cancer? Maybe you just have questions or need that ear to listen to what you’re going through? You can connect with Eden on Instagram at @CrossFitHockeyMom.